Growing up in mid-America during the idyllic seventies, Cristy Barber discovered that she had an ear for outstanding music. A serious collector of vinyl records from early, her passion for music later blossomed into an enviable affinity for discovering talent, predicting music hits, and supporting little-known underground bands. Now, with nearly thirty years of magnificent work contained in her gilded catalogue, the well-known Grammy-nominated music producer today stands tall as a humble, affable and hard-working reggae and dancehall stalwart in the business.

In a Caribbean POSH remix interview, she said: “I have always been a fan of artistes and knew from a young age that I wanted to be in the music industry. I never wanted to be a stage performer or a singer I just wanted to contribute to the careers of the talent that contributed so much to my life.” 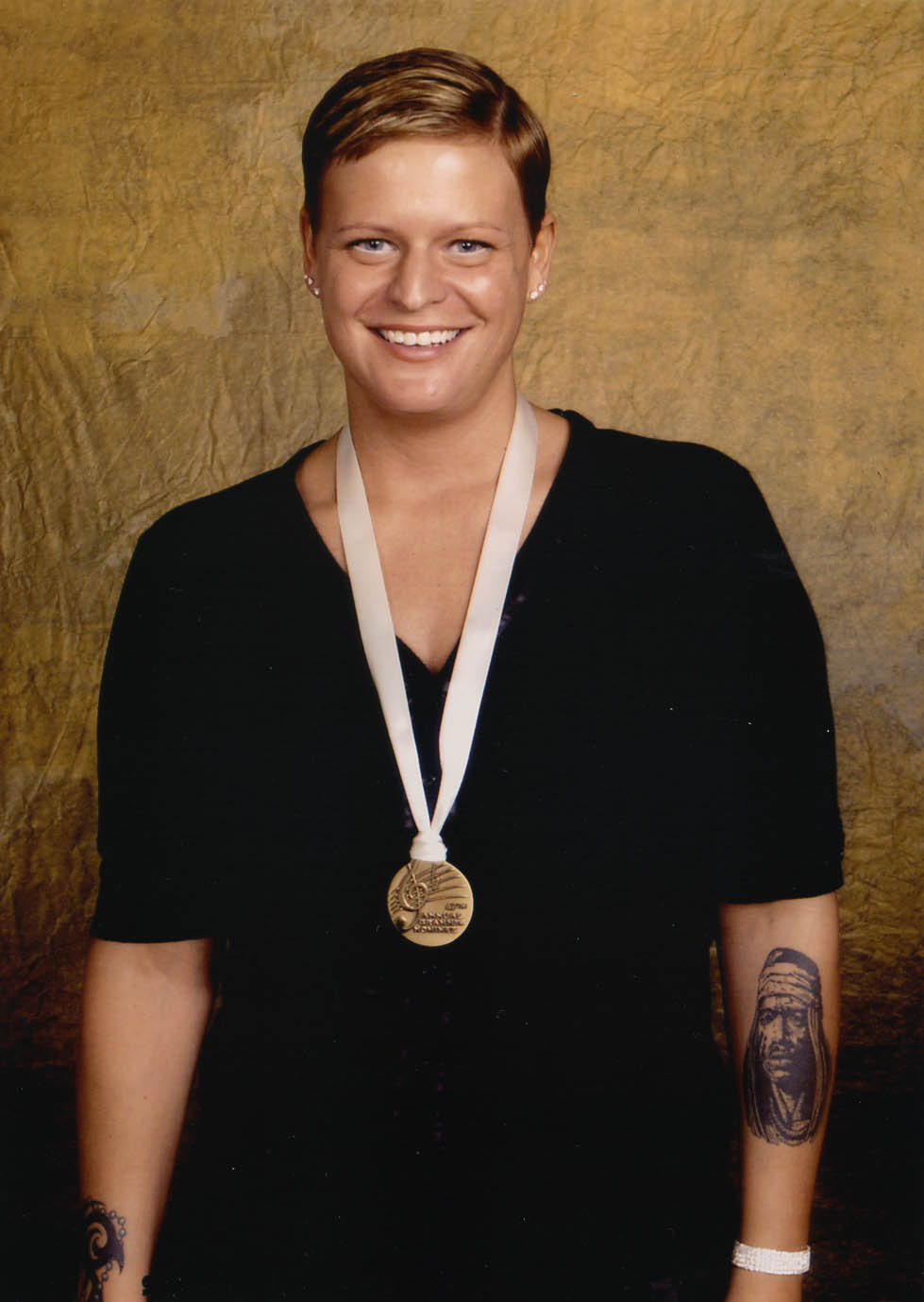 Her advice for budding music producers is: “first and foremost you have to have the talent to be able to produce on that international level. There are really good producers out there, but some tend to produce very well just in their genres. So in order to produce something that is going to take that genre internationally as a music producer you have to be well-versed in different genres, know the history of music, all the greats from rhythm and blues, hip-hop, reggae, country you name it.”

Listing top-notch Jamaican music producers who have mentored her such as Danny Browne, Gussie Clarke, Donovan Germain, as well as VP Records Head Christopher Chin and music icon Chris Blackwell she said: “I rate music producers by their music collection. When you are musically eclectic I think it makes you a good music producer. The other thing too is you really need to know the international market, research different countries, and understand the sound that is really working all over the world.”

“Right now, it is the EDM sound, the afro beat and dancehall sound like what Diplo and Skrillex are doing. You have to be well-versed in that type of music, what really works in international music, put it together properly, and make something so that people can resonate to. You have to study up, and hone your craft” she noted.

Recalling her love affair with music as a child Barber said: “I literally started watching the Grammys at age ten. I used to unplug the phone from the wall at our house, and drive my mom crazy because I did not want it to ring while I was watching the Grammys.”

Back then, “I wanted to become a record producer because I idolized Dave Stewart from the Eurythmics and I knew I wanted to work for Columbia Records because that was where WHAM was signed and where George Michael was” she added.

Her magnetic attraction to music was inevitable, having hailed originally from Michigan the home of soul music in America, and the powerful Motown label synonymous with producing and managing iconic stars.

During the early 1990’s :“I moved to New York City when I was 20 years old, just like the Madonna story, with twenty dollars in my pocket because I knew I was going to be in the music industry and within the first six months I started as a journalist for Word Up Magazine. So I was in the music industry since I was literally 21 years old. That is all that I ever wanted to do. There was no other love. Nothing else I cared for. It was inevitable that it was my life’s journey and why everybody I went to high school with and my family always talked about it, because I was living proof you can have this dream from birth and really get it if you want it bad enough ” she reminisced.

However, when she made that maiden journey to New York, her original hip-hop focus as her genre of choice was quickly over-turned by the pull of seductive reggae which would win her heart. A chance meeting with one of the icons of the glorious Jamaican dancehall era Super Cat magically changed her music career trajectory.

“When I came to New York from Michigan, it was culturally diverse and I started getting exposed to more nationalities, cultures and different music. My first mentor would be Super Cat. As a writer, I started doing hip hop, but then I met Super Cat.  I got introduced to him out there as far as his music went, and physically sought him out for an interview because I became a fan of his music and said I wanted to interview this guy.  Then I got the interview and, after I met with him, he changed my life. I sat with him for three hours and he taught me the history of reggae music and what it meant to him, coming from the sound systems and I made it my life’s goal that this was now going to be the genre I was going to represent all thanks to him” she explained.

An ace at spinning music for events, it is no surprise that Barber has a favourite dancehall rhythm.

“There are a lot of dancehall rhythms that I love, but my all-time favourite is the mud –up Rhythm. It is a Super Cat track, and my selectors that I rate to the highest level know how to play the Chaka Demus track before they play the Super Cat track” she revealed.

Armed with an impressive resume Barber remains a force to be reckoned with.

“My first industry job was as Director of Operations for Front Page Entertainment KRS One’s company. I started doing publicity and promotions for Spragga Benz on his first album Jack-It-Up through VP Records in 1994, but it was his second album Uncommonly Smooth in 1995 that I got offered a job doing publicity and promotions at Capitol Records. Then my dream label Columbia Records which I got from Super Cat” Barber said.

With Spragga Benz making a comeback with his current number one hit Differ on the UK’s ITunes Reggae Singles Chart, Barber still remains a part of his successful marketing management team, and has priceless advice to artistes to ensure they remain in the music game.

“The key to keeping things fresh whether it is your music or image is you have to keep up with the times. But, you also have to be respectful to where you are as far as your age. In music and image you have to stay on point with the trends. Lingua changes all the time, in music some of the sounds change, every new generation there are new things that pop up that are popular like in hip-hop we went through the trap phase, then now you have the phase with the rappers that unfortunately are kind of hard to understand it’s like the mumblemouthrap.”

“It was hard to get into the music business in the 1990’s and it is super-hard now. No one is going to fight harder for you than you, and you have to remember the small percentage of artistes who make it and make it happen” she advised.

The former Vice-President of Marketing and Promotions at VP Records said she considers herself to be musically eclectic like the majority of Caribbean people with a down-to-earth fashion style.

“My fashion style is very casual. I love jeans and anything in jean. I love the colour camo, and feel camo is a neutral colour and I like to accessorise it up” she said.

“I find that Caribbean people are more musically eclectic because they grew up on Top 40, country and pop music on radio before reggae” she noted.

One of Barber’s proudest projects which made the Billboard’s Country Album chart was her notable Reggae’s Gone Country album which she produced alongside other producers such as; the beloved Jamaican saxophonist Dean Fraser and country music icon John Rich released by VP records and Warner Nashville.Various reggae artistes such as Romain Virgo, Luciano, Tarrus Riley, and Tessanne Chin winner of NBC’s The Voice Season five stamped their inimitable styles on various outstanding covers of country classics on the pioneering album like the Gatlin Brothers California hit of 1979 re-done by Virgo.

In 2003, while at the helm as President of Tuff Gong/Ghetto Youths, she copped the enviable title as Grammy-nominated music producer for the reggae, dancehall and hip-hop mix album for Island/Def Jam Records “Red Star Sounds Presents Def Jamaica” which showcased the versatility of our music to blend effortlessly with other genres bringing musical joy to fans. 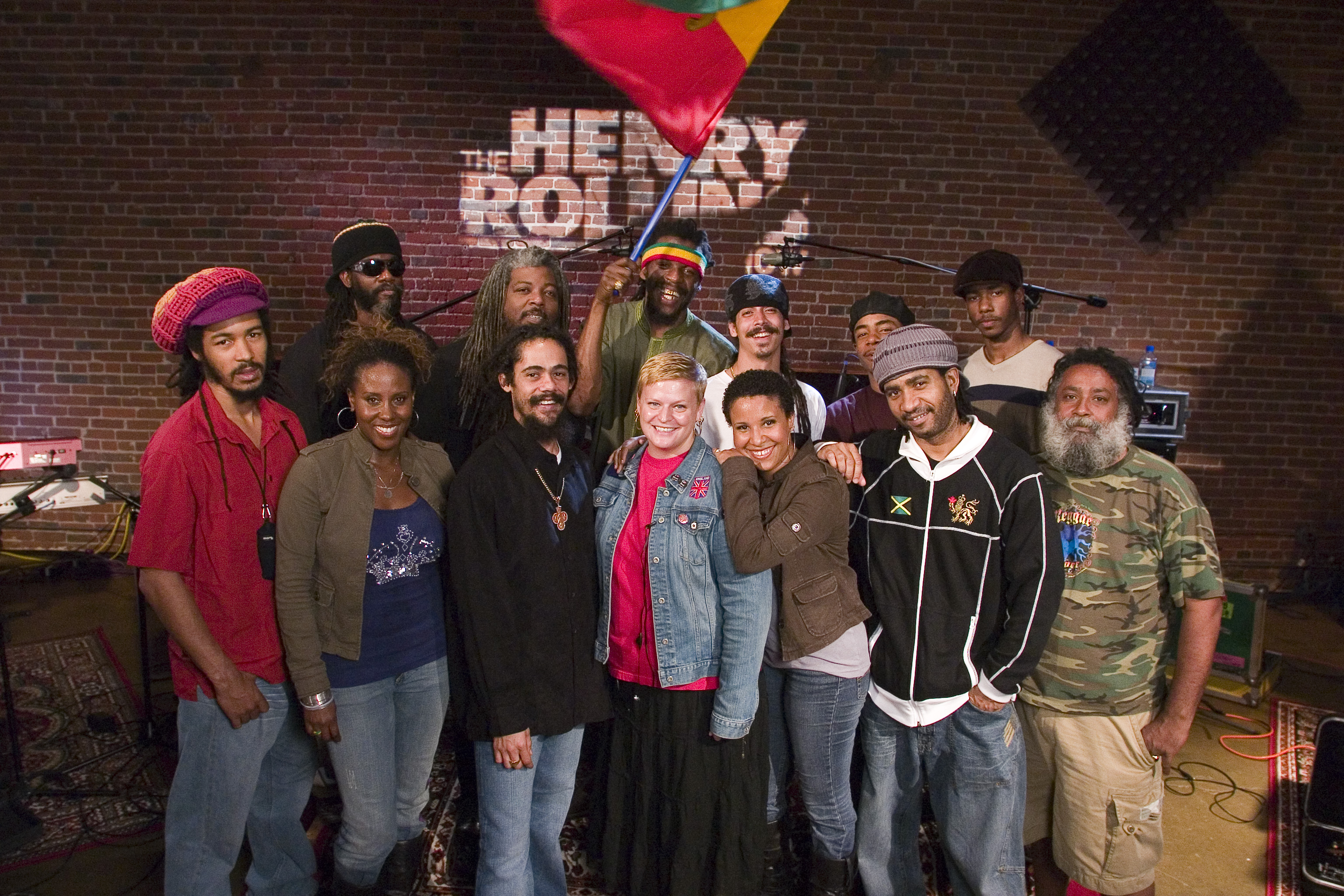 Fusing reggae with other music genres and exposing Jamaican reggae artistes to new markets is what Barber is known in the industry for with Grammy-nominated reggae band Morgan Heritage being one of many to benefit from her excellence in musical engineering.

“For me, the Grammys are the highest music accolade one can get in the world, and I am happy about the Grammy nominations this year. I have been the first to talk about the need for more voter registration and awareness in our category and only in about the last three to four years have people started to care. I have been fighting for artists like Etana and Protoje to get their Grammy nominations” she added.

“Sting has always been very respectful of reggae, and for a man at the top of his game to decide to do an album with Shaggy is good. Sting has always used reggae in his music with the Police since the 80’s.”

Her remarkable success as a woman in a predominantly male-dominated music industry has not been easy.

“Being a woman has been tough. Being a white American woman in a genre of a different country has made me a better executive and more of a soldier to work and fight harder. But women have to stay focused. The haters are out there, and the better you do, the more you are going to be hated” she advised.

Her golden touch has also been extended to the silver screen.

In 1997, she was responsible for marketing and promoting the unforgettable soundtrack for one of Jamaica’s highest grossing films Dancehall Queen featuring Beenie Man and Chevelle Franklin on the massive title track, as well as Third World Cop.

Continuing to fly the reggae flag high, representing countless Jamaican artistes and ensuring that the genre gets maximum exposure world-wide she says: “I am a big believer that if you are really very good at what you do, your style, music and image will stand the test of time.”