South African designer Nandi Madida is originally from Durban, and now resides in Johannesburg. She is stunning and her past ventures include beauty pageant wins, and a stint as a TV presenter. Nandi presented her collection Colours as part of NYFW FW18 on Sunday February 11. International guests in attendance included artist activist Laolu was a collaboration with Josh Patron an exciting emerging designer. Having achieved success as an entertainer, she has also been involved in business ventures and is now making her mark on the fashion industry.

The collection pallet goes from white to black. It incorporates earthy hues in orange with a hint of bronze. Some of the designs are embellished with the intricate bead work and patterns South Africa is famous for. This show was also done in partnership with emerging designer Josh Patron. Nandi is full of energy and love for what she does. We were lucky enough to get a few moments to talk to her about her work, and inspiration for the collection. 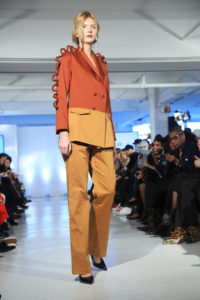 P: Nandi, tell us about your collection this season.

NM: Of course it’s fall/winter. In Africa we don’t have really cold winters. What I conceptualized was to have an African sunset. That’s when it gets colder. It’s romantic, it’s beautiful. We go from white all the way to black as an African sunset would naturally. That was our take on Fall/Winter.

P:  What are some of the other inspirations for the collection?

NM: Also we did suits, it’s all about powerful women especially now with the narrative of the Meetoo campaign happening. It’s all current and it’s a conversation we all need to have for women to feel empowered. We are attacking different versions of the power suit.

P: How is the fashion scene in South Africa evolving?

NM: We also have the new generation which I’m a part of that too. We have MaXhosa by Laduma, and Rich Mnisi. There are people doing amazing things. We’re really trying to be creative with what Africa is.

P: What would you say is the best platform for aspiring, and emerging designers?

NM: To be honest any available platform. That could be a friend’s birthday local events that are happening. I feel that everyone’s journey is different but I think it’s more the passion and the personality. If you’re humble, and determined you will definitely succeed. 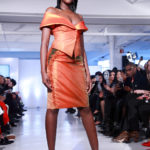 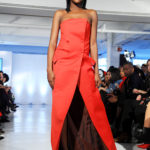 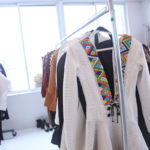 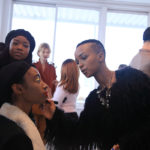 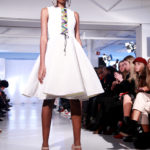 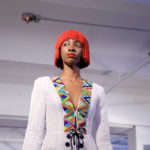 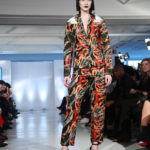 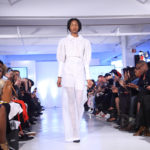 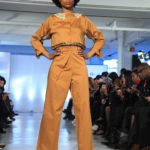 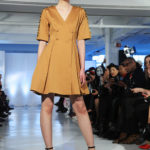 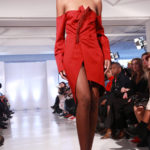 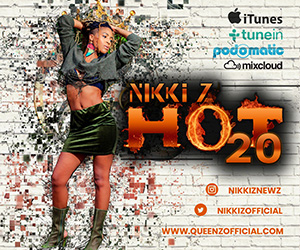