What is Christmas in July?  Is it just an annual gathering of the Puerto Rican Navy in the British Virgin Islands (BVI)?  Well according to BVI Director of Tourism Mrs. Sharon Flax Brutus, it is much more than that.  The Director said, “Christmas in July, held on the weekend of July 20-22, is an event that impacts our economy not only for the weekend event, but also prior to and after.  Many Puerto Ricans visiting for the event rent hotel rooms or villas in Virgin Gorda and Tortola, they also rent vehicles, take taxis, charter sailboats, take marina slips and moorings along with paying Government taxes and levies Christmas in July is also a model event exemplifying the collaboration of multiple agencies including Customs, Immigration, Ministry of Natural Resources & Labour, Police, Red Cross, VISAR and our team at the BVI Tourist Board (BVITB).”

Planning for the event started months ago.  PR Links, the BVITB’s Puerto Rican agency laid the groundwork by hosting BVI Customs and Immigration, and Police to speak to Puerto Rican boaters about clearance and other related procedures including recent changes with fees.  The trail to the beach was recently cleared and included the installation of boardwalk panels to bridge rough areas.  The trail clearance was a collaborative effort of the Rotaract Club of Virgin Gorda, students from Bregado Flax Educational Centre’s Secondary Division, Women of Power and High Potential (WOPAHP) and BVI Tourist Board.  This group was assisted by teenage summer camp groups out of the United States, Visions and Go Beyond as well as other individuals from the Virgin Gorda community.  The trail was marked by Mr. Victor Stevens and his son Albert “Pop” Stevens of North Sound, Virgin Gorda.

The event is well organized with the participants complying with the guidelines stipulated by organizers, and in accordance with BVI laws.  Buoys, along with swim lines, are installed at the beach. Garbage collection, security, emergency services are all important components to ensure a fun and safe event.  Christmas in July is the single most popular event attracting the Puerto Rican market, which along with the USVI are the most important regional markets for the Territory.

Christmas in July promotes island hopping with several boaters arriving early to go to their favourite beaches and watering holes.  Also, this year, the event became a three-day event, starting with an appreciation event on Friday, July 20th, hosted by the legendary Foxy at Foxy’s Tamarind Bar & Restaurant in Great Harbour, Jost Van Dyke.  A similar event hosted by Nanny Cay on the following evening drew a crowd of over 500. 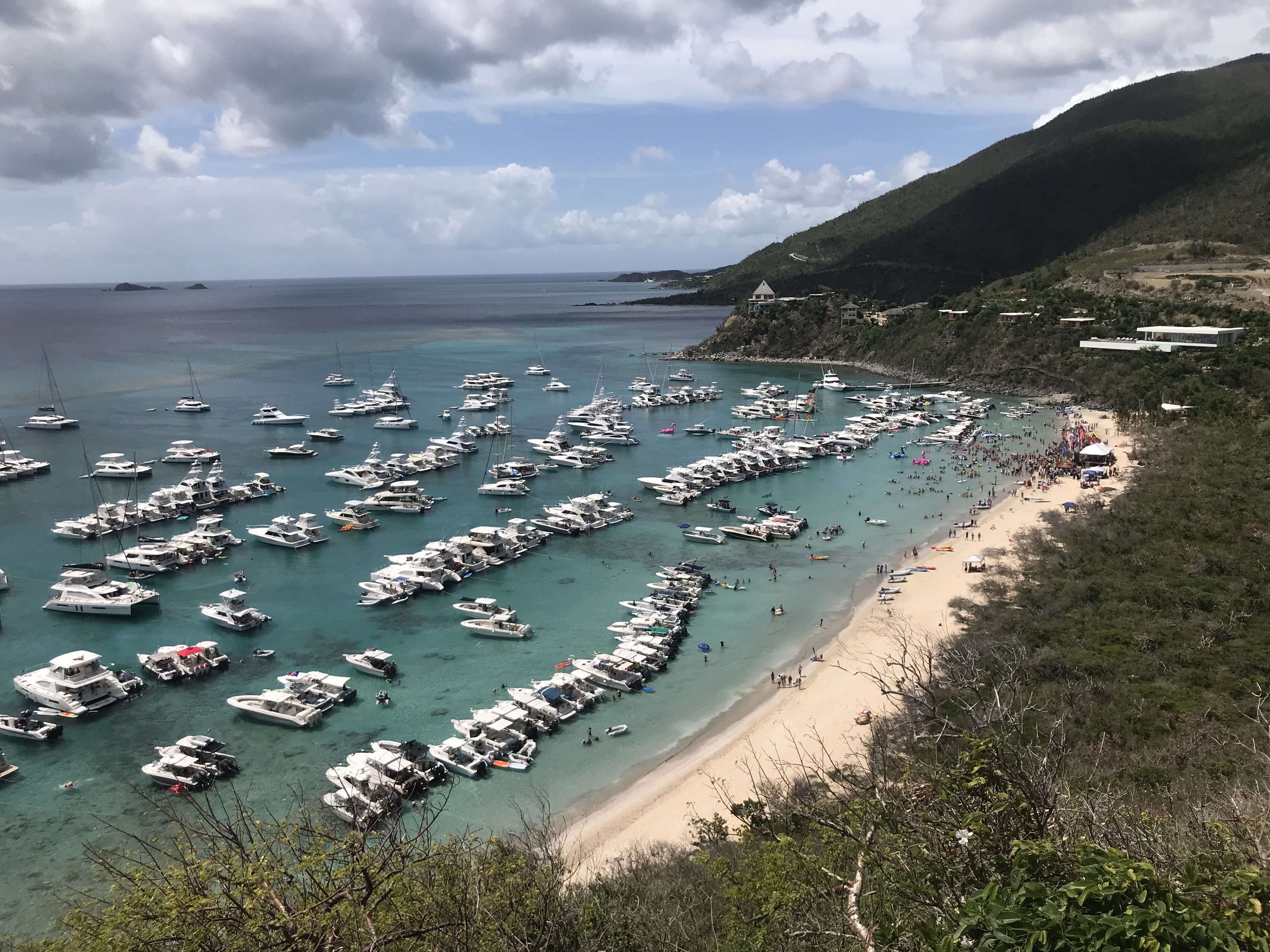 Organizers of the event, Mr. Wally Castro as the main sponsor and the event’s producer Mr. Marcos Rivera, are very proud of how the event has developed over the years and have indicated that this is one of the best years in terms of the number of people and the quality of the visitors, citing that it was a more mature crowd.  They estimated an attendance of close to 400 boats and around 4,000 visitors.

Mr. Castro said, “It’s summer time, Puerto Ricans love to party, and we love your island.  It’s the perfect combination to hold an event in the BVI.  It is a beautiful place with wonderful people and it is conveniently located so we can get out of Puerto Rico and can get here in a few hours.”

According to event producer Marcos Rivera, “We are very proud to have this party here as this is my second home.  We started the event 15 years ago and the people respect the country, and its people.  We are pleased to help the economy here.  BVI residents should recognize that we are here to vacation, and party and we are happy to help the local economy and Pond Bay is a beach that Puerto Ricans love.”

Mr. Rivera was one of the first responders after hurricane Irma hit the BVI, arriving here within six hours after its passage.  He along with other Puerto Ricans brought much needed supplies for distribution throughout the islands.  Marcos and other Puerto Ricans instrumental in hurricane relief were honoured by the Premier at a cocktail event in Puerto Rico in February this year, for their valiant efforts and demonstrating their friendship and loyalty in the BVI’s time of need.

Organizers opened the event to the community, and many Virgin Gordians and local boaters accepted the invitation to party with the Puerto Ricans.  Rotaract Club of Virgin Gorda and the Virgin Gorda Festival Committee were also invited to set up stalls on the beach to sell food, and for their fundraising.  Beach goers danced to the sounds of two popular Puerto Rican bands along with local band, “It’s a Secret Band”.