“BURN IT DOWN” FEAT. YOHAN MARLEY 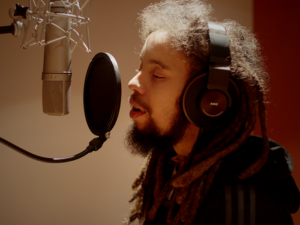 Jo Mersa Marley, Bob Marley’s grandson and Stephen Marley’s son, carries the torch for this generation on “Burn It Down,” his first single for 2016 featuring vocals from his brother Yohan Marley. The single, produced by Jo, his father Stephen Marley and Llamar ” Riff Raff” Brown, is now available.

From the South Carolina church burning and Trayvon Martin’s murder in the United States to the innocent lives of his friends taken by the police in Jamaica, Jo’s call-to-action anthem touches on topics of racial violence and tension plaguing our globe and our need for social change.

“Carlton Grant Jr. a.k.a. Carlyle (Spragga Benz’s son) and a good friend of mine Sonico were both innocently gunned down in Jamaica by the police within two years apart. Then two years later in 2012, Trayvon Martin’s murder happened. It hit home to me. The potential they all had was taken away from them, for no reason. We are humans whom all have a purpose. My people and my generation are fed up. From my grandfather, grandmother, Martin Luther King Jr. and many people before us to the young activists today like Ashley Yates and Tory Russell, we will fight for justice. Burn out this wickedness and step outta Babylon,” Jo proclaims.

Jo will take his message on the road. This summer, he will be supporting with the multi-platinum selling band UB40 on their cross-country U.S. tour.