In 2006, she had no idea that her sheer power on the microphone would make such an impression on one of the newest radio stations at the time in Jamaica ZIP 103 FM.

Hailing from Connecticut in the United States, DJ Nikki Z a US Army veteran with Jamaica parentage in an interview with Caribbean POSH revealed: “I started radio out of the army and connected with Donovan Longmore who introduced me to college radio. But there was something about college radio that I loved. Then things started ballooning where I went from am to pm radio and enjoyed it.”

“But hip hop radio was just never something that gravitated to me” she said. 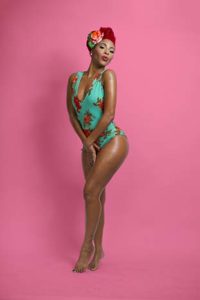 Her heart however belonged to Caribbean music.

“I gravitated towards more Caribbean-based shows and playing Caribbean music. It got to the point where I was doing so many things and didn’t feel like I was going anywhere and was being faced with the choice of if I wanted to progress I would have to do hip-hop or change my environment. I kept hearing Jamaica in my ears, and one day I got the opportunity to fly down with IRIE Jam Radio out of New York and meet with ZIP FM.

What happened at ZIP was kind of weird because I didn’t come here (to Jamaica) with a plan, and within the year their ratings doubled” she confessed.

Locally and internationally, her fans have an affinity with her because “I am just myself, and I think people can sense when someone is being authentic with them.”

Apart from her nimbleness on the turntable and natural quirkiness and signature blond dread locks many are enamoured by and drawn to her.

“With me what you see is what you get. I am a little zany, crazy some days and very serious about other issues on other days” she said.

Currently back in Jamaica since 2015 and working with FAME FM 95 “Rise and Blaze” between 5 and 9 a.m., she remembers back when she started with ZIP FM that “I didn’t want to do the morning show and they forced me to do it. I am not a morning person but it ended up making me a morning person, because there is nothing like waking up people and setting people’s mood for the day.”

Even though her friend DJ Liquid gave her the moniker “Diva” years ago she is really a down-to-earth sister.

Nikki Z noted: “I do what I do, not because I want to be famous which has never been my intention. I do radio because I love doing radio and enjoy it so much. It does not matter how bad my day is, once I get there and get to play music and talk and bag of crap I am cool.”

Shunning the frivolities of fame she does not like to get dressed up with loads of make-up.

“This industry is like this place where you have to live this fabulous life which is not reality, because reality is living life as it is. I don’t care about the fanciness but I can do the fanciness. I will go anywhere to any venue, any party. But I just want to live the simple life.”

“I am a military girl and I like simplistic things. I don’t even wear acrylic nails. I just keep it simple. I joined the army when I was 17. I was very rebellious and wanted to do something that would get a reaction from my mom, and it didn’t work because she was like alright do what you want to do. She called my bluff. “

Her experience in the army probably best prepared her to give her best to everything she placed her hands on, and to have a tunnel vision in building dreams and blocking out unnecessary noise.

“One of the greatest experiences is my being in the army. The thing about the army is you are in a tight area with massive numbers of people from different walks of life, areas, ages, races and cultures like a melting pot and you were forced to live in unison with them. That gave me the thing where I can work with anybody and it doesn’t matter how much you don’t like me and don’t get along because once we have a mission we are going to get it done as a team” she said.

She added: “one of the biggest lessons from the army is that people don’t get it that when you are in the business and in the same workplace or job, when you have people who won’t work with each other the business falters and you don’t want that.” 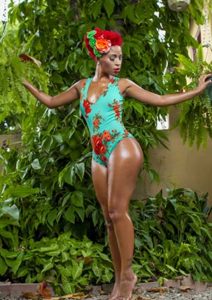 Talking her mind Nikki Z noted: “the biggest problem we have is the word hype. A lot of people come into this media industry because they want to be somebody and that is the worst attitude to have. The best attitude is to know you are already somebody. That is the major difference. Persons who enter the industry because they want to be somebody are those persons who the minute they get that break they start treating people like garbage, and dealing with people a certain way and have this energy that’s just very negative and corrosive for the business which is not a good aura.”

“So people who come into this business and know who they are and know this is just something they wanna do, love to do or need to do those are more of the energies we need in the business. Because these are the people who will understand what it is to have team work, to work together,  to go for a long term goal versus a short quick hype” she noted.

On her way to fulfilling a dream to having her own revolutionary and interactive television show featuring her signature Top 20 Countdown on RETV soon she believes everyone should cut their own path to destiny.

“So the RETV show will be different show for Jamaica instead of counting down stuff they can send in videos and shout out their favourite song or video and we will be reaching out to the social media to get people to be more interactive and hear from everyone around the world. We will also have a dance competition, where viewers can send in their clips for the more television- friendly dances to showcase what is happening in the dancehall.”

A strong believer in self-actualisation and setting goals she advises: “don’t follow in the footsteps of others, because when you try to be someone else it never comes off right. You have to listen to yourself and take the direction you want to go and write your own chapter. I will soon be starting a campaign called Betru2u built on self-awareness and self-love, because I feel our young people are being pushed in an agenda in that they have to have a certain look or behave a certain way to get attention or to get the most likes on social media.

Our kids are being basically convinced that is they don’t follow this type of behaviors they are not one of the cool kids. I want them to get interested in learning how milk gets put in a bottle and sold because at the end of the day people are making a massive amount of money from farming. We need to show the kids that what you see on social media is not reality, and if you want a great reality you need to listen to you and be true to you.”

Raised by a strong mother who worked two jobs to put food on the table, the daily grind is something that Nikki Z respects and takes seriously.

“When you are given the gift of what I am doing it is a struggle but still a gift because what other job can you do that can have you fly to Miami for free to host events or being hand-picked by Damien “Junior Gong” Marley to host his Welcome to Jamrock Cruise  three years in a row. As a single mom I could have worked two miserable jobs that make me unhappy. But my being able to do it (work) and keep and maintain my career means a lot to me” she said.

The care and protection of children is also important to her.

“I have a major issue in Jamaica where  a lot of young kids don’t have a lot of outlets or a place to turn to if they are in places which are unsavoury, whether it  be someone in their family abusing them or they having suicidal thoughts. In Connecticut we had community centres where other kids would be at a certain number of hours a week where adults would be supervising us. Without my mom I would not have had anywhere to live or food to eat. She would tell my sister and I that if you want something don’t let anyone tell you no you can’t, just go and get it.”

To relax water does it for Nikki Z whether a waterfall, the ocean or river.

“It (water) is very calming and I like to go and let the waves run over me. I can stand there for hours. Water makes me re-direct and focus.”

Travelling is another of her past-times.

“I enjoy travelling the most about being in the media. I went to Nairobi and I cried when I left because you hear a lot about Africa all the time, you see the advertisements but then you see the people, the colours and how powerful the place is.”

Dubai in the Middle East as well as Paris and Australia are on her bucket list.