Mexican born designer, Barbara Sanchez-Kane was born in Mexican born fashion designer. Has a background that includes science as well as fashion design. She earned her degree in fashion design from Polimoda in Florence. She also obtained a degree in industrial engineering. Barbara graduated in 2015, and landed an internship with German designer Bernhard Wilhelm. In 2015 she launched her brand SANCHEZ-KANE. Soon after she presented her first collection “Courage of the Brave” during Los Angeles Fashion Week.

Sanchez-Kane brought us something different this season during NYFWM SS 2018.  The inspiration for this collection was the designer’s own emotional states. A leap of faith, creativity, and trusting the process. The collection had a constructive work in progress theme that was very conceptual. The collection included materials such as; wire, strips of fabric, and material that looked like the beaded seat covers you might see in some cars, and cabs. The models didn’t just walk the runway, they also gathered near a photocopier that was off to one side of the runway area. the models made copies of the looks they were wearing and taped them to a nearby column. The color palette was mostly navy blues, and green shades, and cuts reminiscent of military jackets. The interesting contrast was the “under construction” effect which made it one of the more interesting collections of NYFWM. 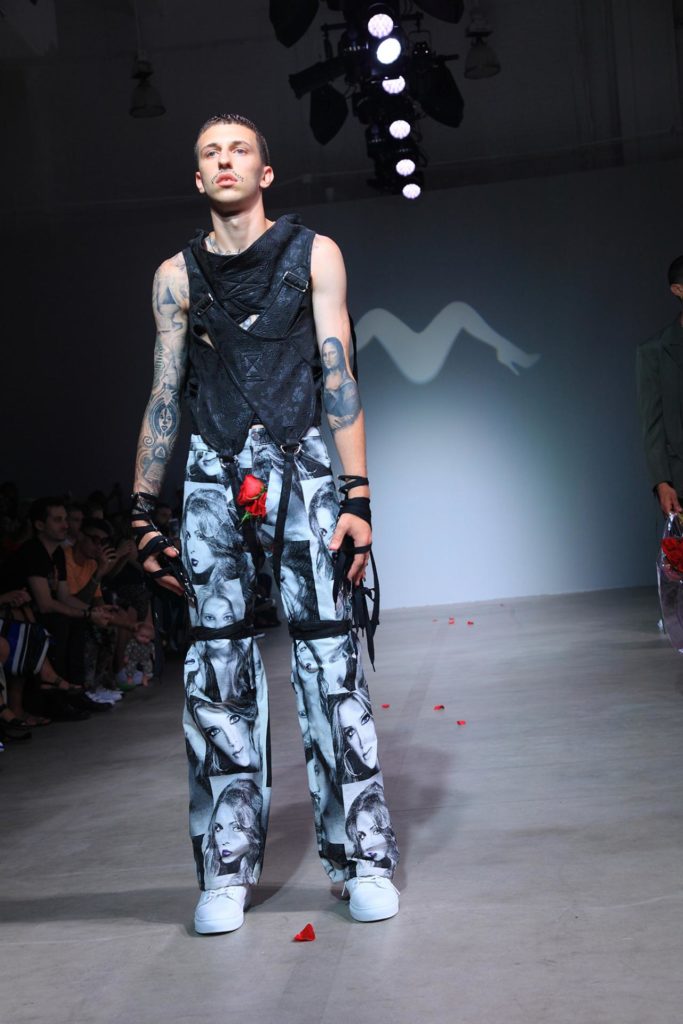 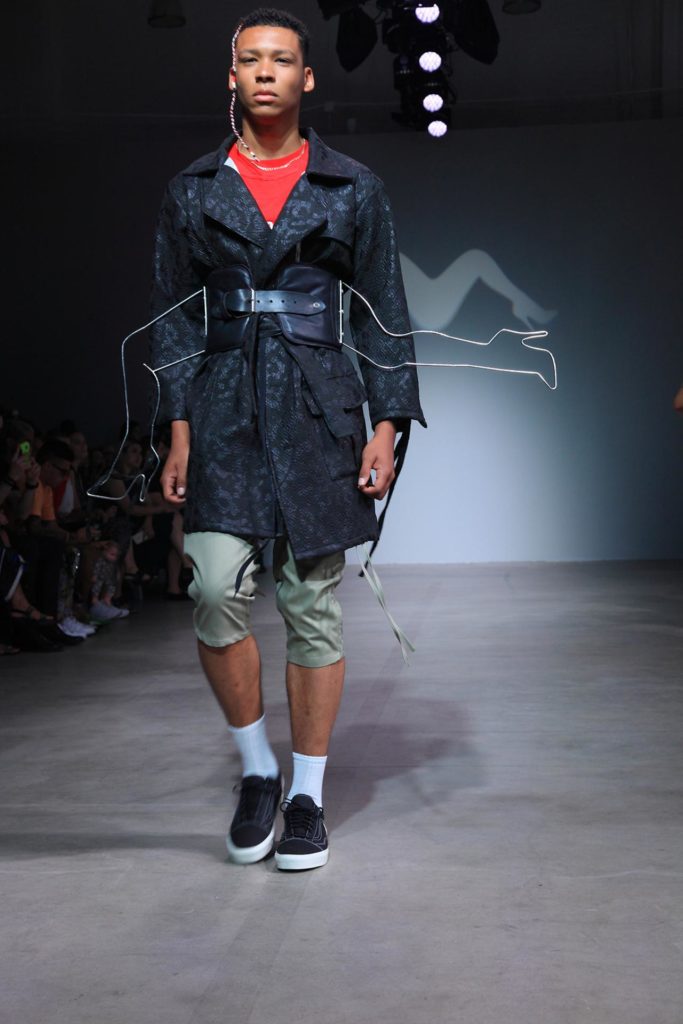 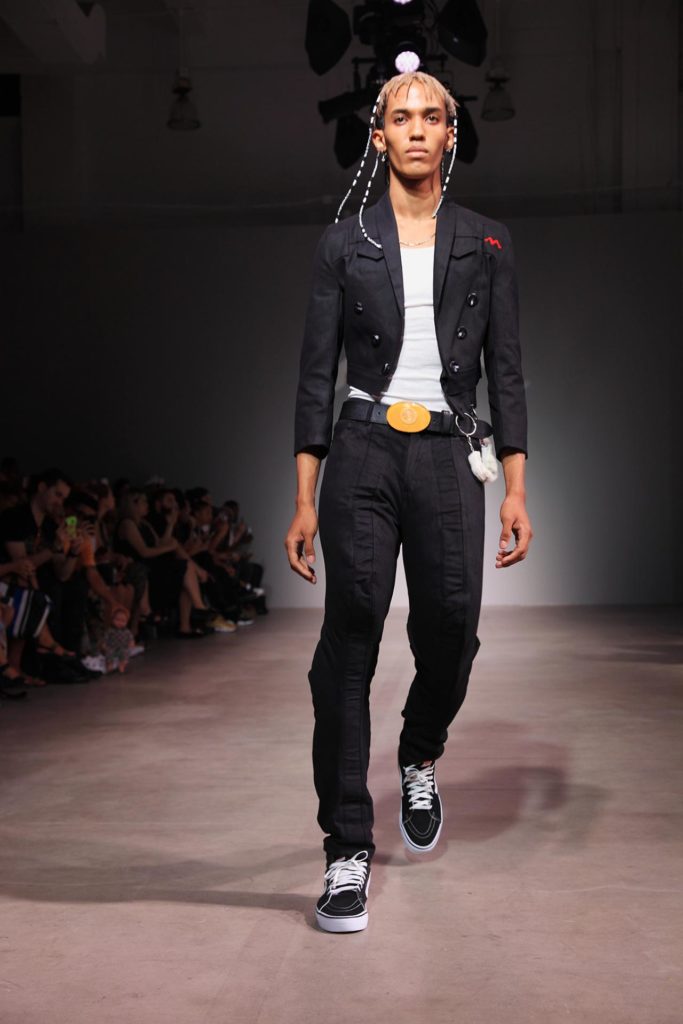 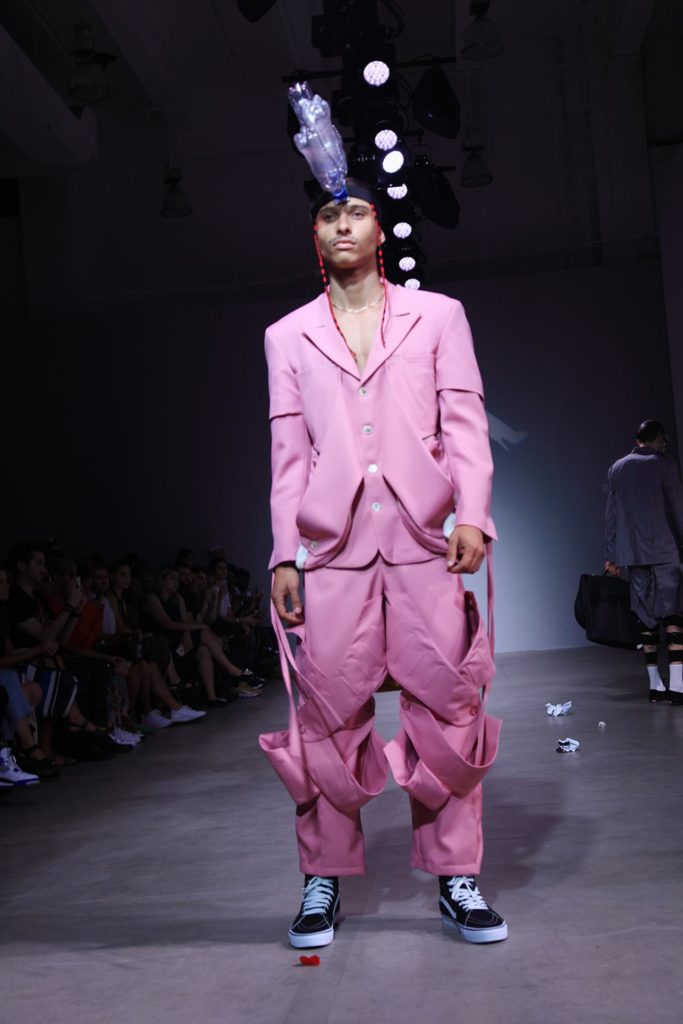 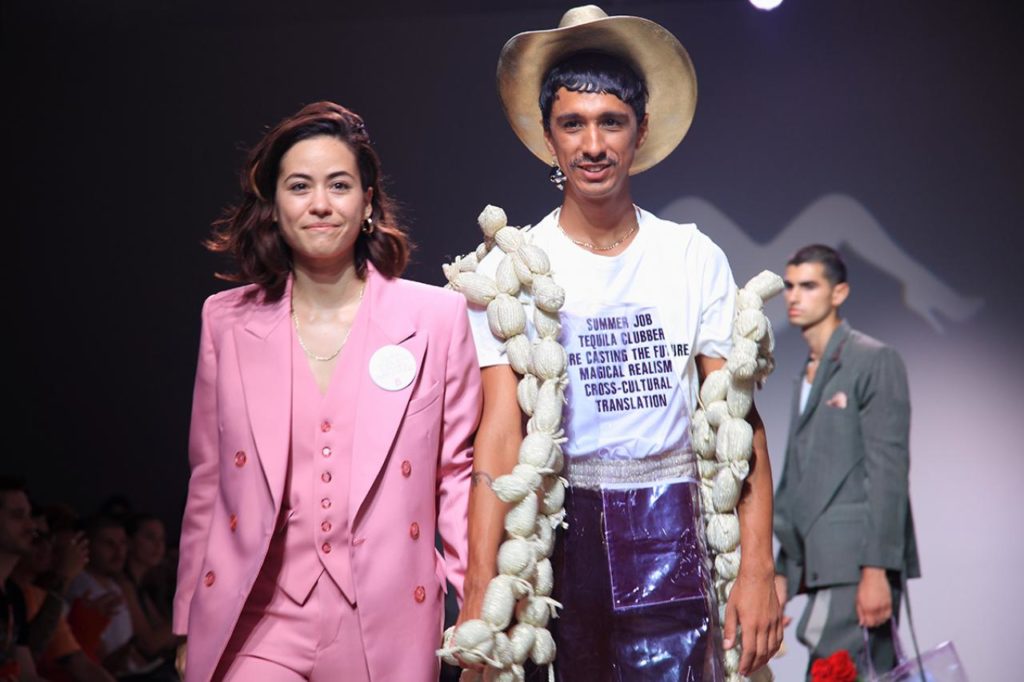 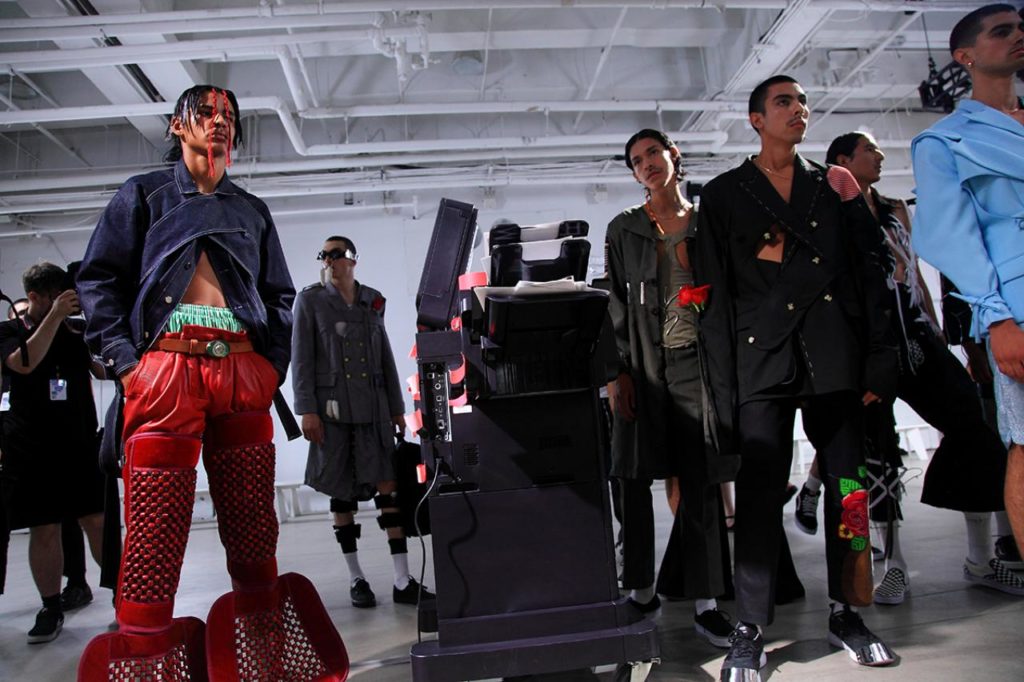 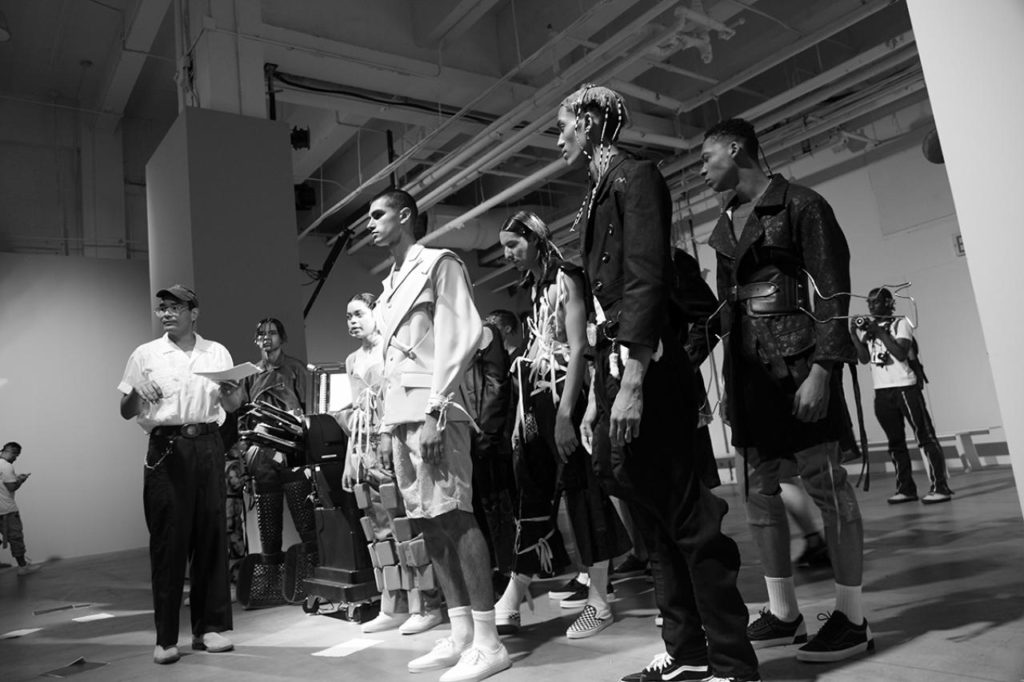