When audiences think of music emanating from the Caribbean they tend to think of Soca, Dancehall, Reggae, and Calypso but rarely do they think of Hip Hop. One might say this is because the Caribbean only respects the genres that its culture is primarily dominated by, however, in reality this is not the case. Need proof? Just ask the legends Marlon Asher, and Sizzla Kalonji who will argue otherwise.

This is solely because of one youthful St Thomian artist who crossed their path and they immediately connected with during their Life of a Ghetto Youth Tour. This youthful rapper goes by the moniker, Pediko. Pediko hails from the Virgin Islands but also reps his bloodline motherland known as Dominica. He emerged within the music industry at a very young age by depicting the hidden reality of the struggles that occur beyond the beauty and beaches of his hometown. His ability to capture the pureness of his pain through gritty storytelling not only captivated the attention of local superstar Pressure Busspipe but it moved him so much that he actually signed Pediko to Busspipe Records. 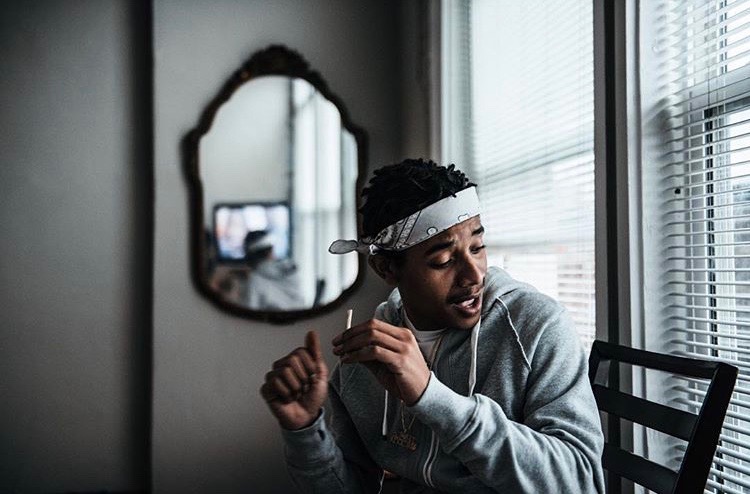 As the only Hip Hop artist on Busspipe Records, Pediko is responsible for 50,000+ views on YouTube and over 150,000 combined streams on his online music catalogue without any promotion or marketing efforts. These results are based off his core fan base. Pediko prides himself as being a true artist rather than just a lyricist. His natural musical prowess has allowed him to evolve into more than just a rapper. Pediko is now considered a multi-genre musician by way of incorporating his lyrical ability with the Caribbean influences of his childhood which can be seen in his tracks ‘Do the Most’ and ‘My Way’ featuring Pressure Busspipe. From the outside looking in, Pediko has used his musical talent to rise above the negativity that the street life offers and he is a shining example for the youth on how hard work and dedication can change your life. He actively gives back to his community and explains that his primary motivation is to feed his newborn son and give him the life he has never had.

The beauty of Pediko is that he has natural ability to turn a negative situation into a blossoming career and as he does so, he is bringing up the people around him. The new age of Virgin Islands Hip Hop artists attribute their motivations to Pediko and the majority of these artists are actually fans of his music themselves. This is because Pediko represents hope for all youths trying to make something of themselves and authenticity is proven not just through his content but through his character as well. This has been validated and co-signed by veteran artists such as R. City and Benny Demus.