Originally, from Brooklyn, VR filmmaker Sadah Espii Proctor is the daughter of a Liberian mother, and Guyanese father. She was one of eight filmmakers presenting works using Virtual Reality as the medium. These films along with others were featured at the People’s Film Festival in Harlem. The festival screenings took place from May 30-June 1. Virtual Reality is at the forefront of the developing immersive experience technology that is gaining more presence in mainstream entertainment. While most of the buzz has been in the area of video gaming, the tech is branching into other areas of experience. The filmmaker was on hand for a chat with Posh about what it is like to be a black woman working in the VR industry. Posh is pleased to present Sadah Espii Proctor. 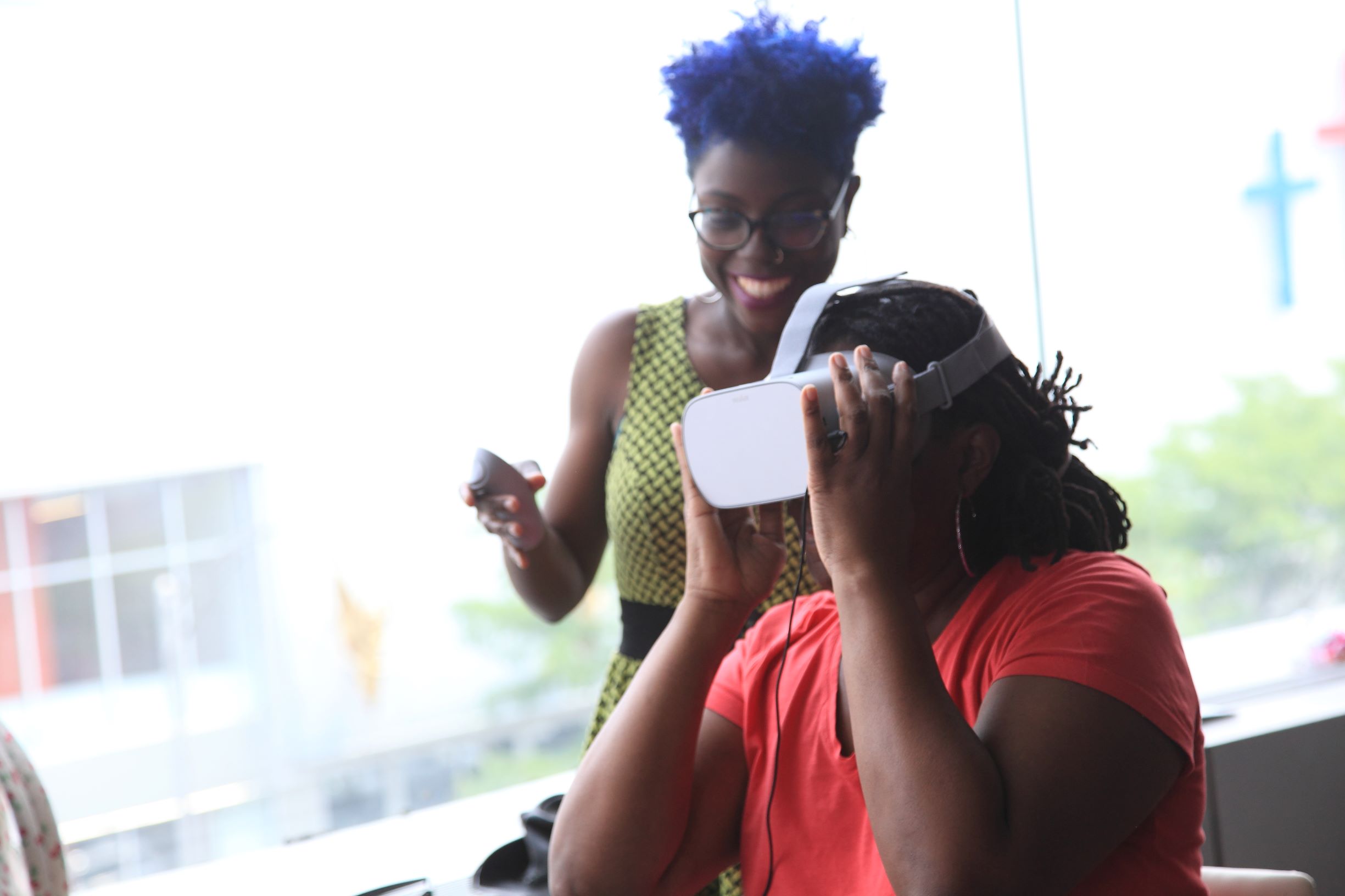 P: Tell us about your film project Sadah.

SP: “Girl Icon” is a Virtual Reality documentary about girls’ education in India. It focuses on the story of 17-year-old Rani as she pursues her education. She shared with us her perspective on her community, school, and the girl icon fellowship program. The program that gives her the support and stamina to keep moving forward. The film was done as part of Oculus VR for good Creators Lab, also for the Malala foundation.

P: How long have you been working with Virtual Reality as a medium.

I have been a VR filmmaker for about three years. I am interested in immersive theatre, and immersive storytelling. VR seemed like the next step towards immersion, and really creating different worlds to bring people in to.

P: Where can the public see your documentary, and more of your work?

SP: The film will be released later this year on Facebook date to be determined, most likely in the fall. You can also go to “Girl Icon” on Instagram, and twitter: @girliconvr. For myself, you can find me @ladyespii there is also a portfolio of my work on espiistudios.

P: So what is your next project going to be?

SP: I am very much interested in 3D audio, spatial audio. Since I do work in audio. I have done a lot of spatial design for a live environment. I would like to move that to augmented virtual reality. One of my next projects is “Preface of the Grey”. It is a 3D audio retelling of the Picture of Dorian Grey by Oscar Wilde.

P: What was the inspiration for wanting to do this project?

SP: It was originally developed and debuted for live performance at Virginia Tech. They had a spatial music workshop that I was in residency for, for a week… The scale of it at that time was 150 speakers in a four-story theatre. Now the next step is to be able to put that into headphones for people to have that immersive experience.

P: Are there many black women involved in this industry, what insights have you gained?

SP: We are few but strong and there are several of us that come from traditional theatre backgrounds. Some come from a film background. Each of us are working at it in our own way. We bring our perspective to these stories to share them with as many people as we can. We want to make the technology and the stories more accessible. Community is key, whether it is one or 100. Definitely having support system for encouragement or just being able to do research. Experimenting bit by bit, that for me has been key in moving forward in VR. Feeling as if I belong, and being able to make a space. It is not just about fitting into the current environment.