Travis Hamilton’s inspiration for his company; Negris Lebrum was based on love. It was inspired by a love story from the 1940s, between a young French Creole woman and a black man. Their relationship was viewed unfavorably which made it difficult for them to pursue a life together. In the end, the two were brought together by love. Hamilton uses fashion, as a vehicle to share their story.  Each collection is punctuated by his signature use of the color black. It is something that is reflected in the company slogan; Lenoir est Joli (the black is pretty). 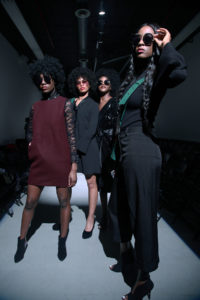 Travis presented his Black to Basic Fall/Winter 2018 collection on February 11th, in midtown Manhattan. Hamilton is known for designs that celebrate dynamic women. This collection was of course dominated by black complemented with black designs in knits furs, and sequins, silk, and sweaters. There were also maroon pieces that were complemented by patterned tops. The black designs were also augmented by pops of color from the purses done in tones of green, blue, red, and coffee. Through his brand NEGRIS LEBRUM Hamilton is dedicated to producing designs that convey a woman’s inner beauty and confidence. His designs are expressions of the love story he shares with each collection, so there will always be a new chapter. 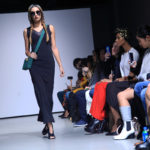 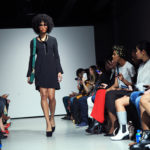 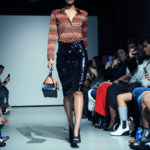 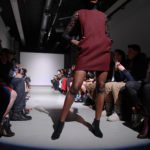 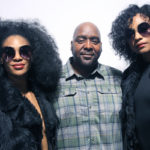 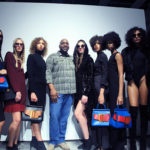 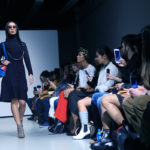